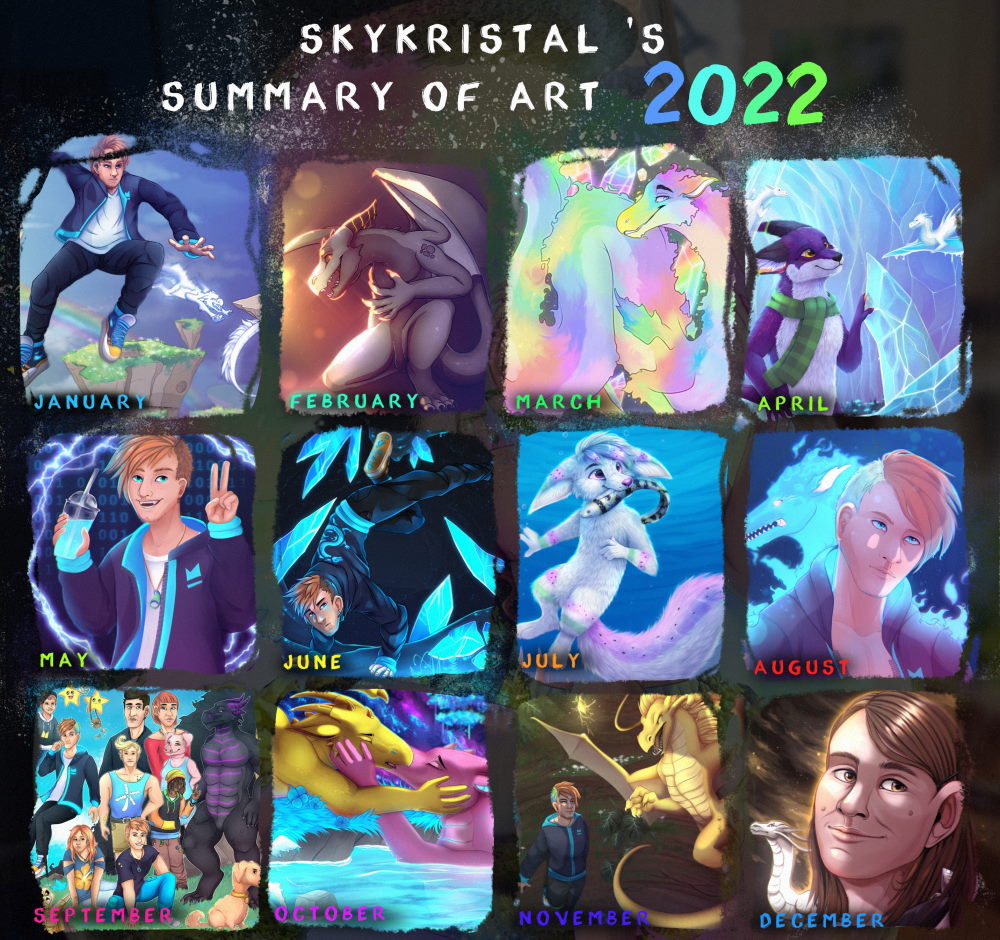 2022 is coming to an end. that means its time to make art summaries again :'D or well, I already did. My year was quite productive again. Didn't knew what to pick for each month because I draw too much :S But I tried making a mix of everything kinda.

No template, decided to make my very own layout this year because I wasn't really a fan of any of the existing ones.

I'm overall very very happy with what I have achieved this year. My main goal was to improve my human art and getting more confident with it, which I successfully did! I at least don't "hate" it anymore. Last year was still pretty rough and I was honestly very unhappy with a lot of things.

> drawing short comics of my ocs

> going crazy with poses and angles

> working more on shapes and faces

Pieces picked for each month in detail

Was very interested in drawing a full scene of some of my characters with background and all. Not my first ever but definetely a more detailed one filled with action! Drew Rodger's dragon form for the first time. I wanted to draw a concept but it ended up being a fully rendered artpiece. Still really loving the pose and lighting. Icon thing of Lui's rainbow form. I am still very proud of the crystals in the background and general quare format of it. idk I'm such a big fan of this box style. 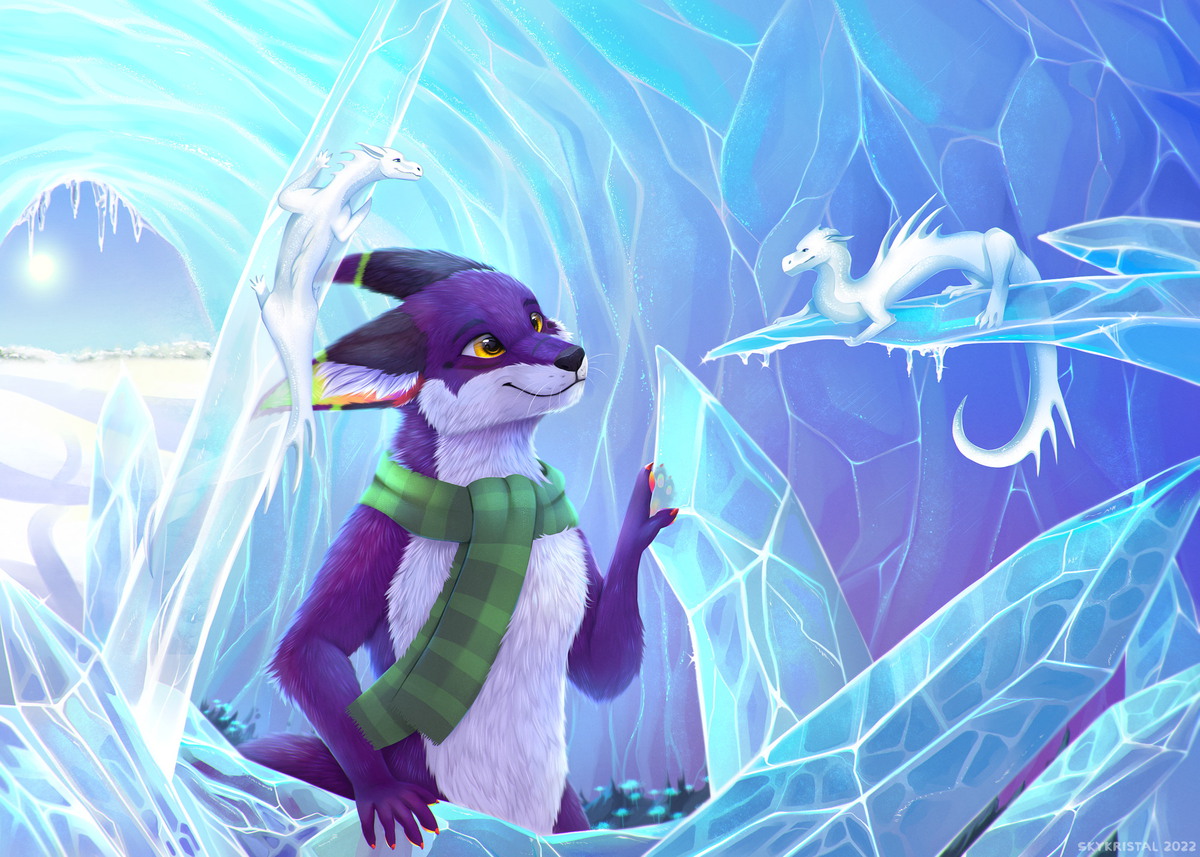 For April, I picked a commission piece. I was very happy with how the background came out as well as the dragon-like creatures and how the character checks everything out. Lui again! This was one of the first lineless paintings I did of him (or humans in general). I always sticked to lining because painting skin was very difficult and messy for me. And Lui AGAIN. I was messing around with a pose I found and turned that into some sort of cave exploring scene, which turned out better than I thought. 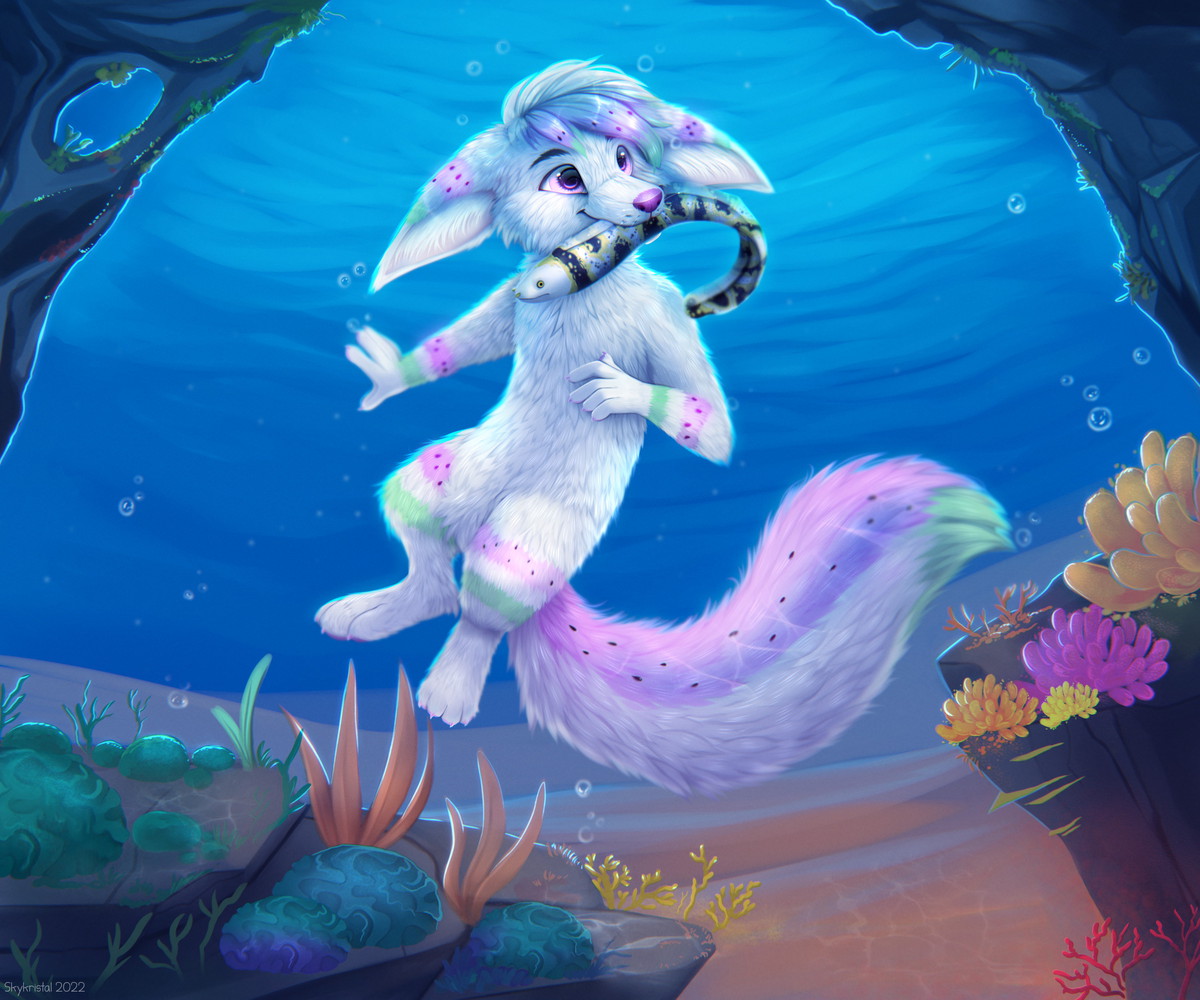 Picked another commission piece for the month july. I like the background and underwater feeling of this one a lot as well as the summer water melon theme the character has. 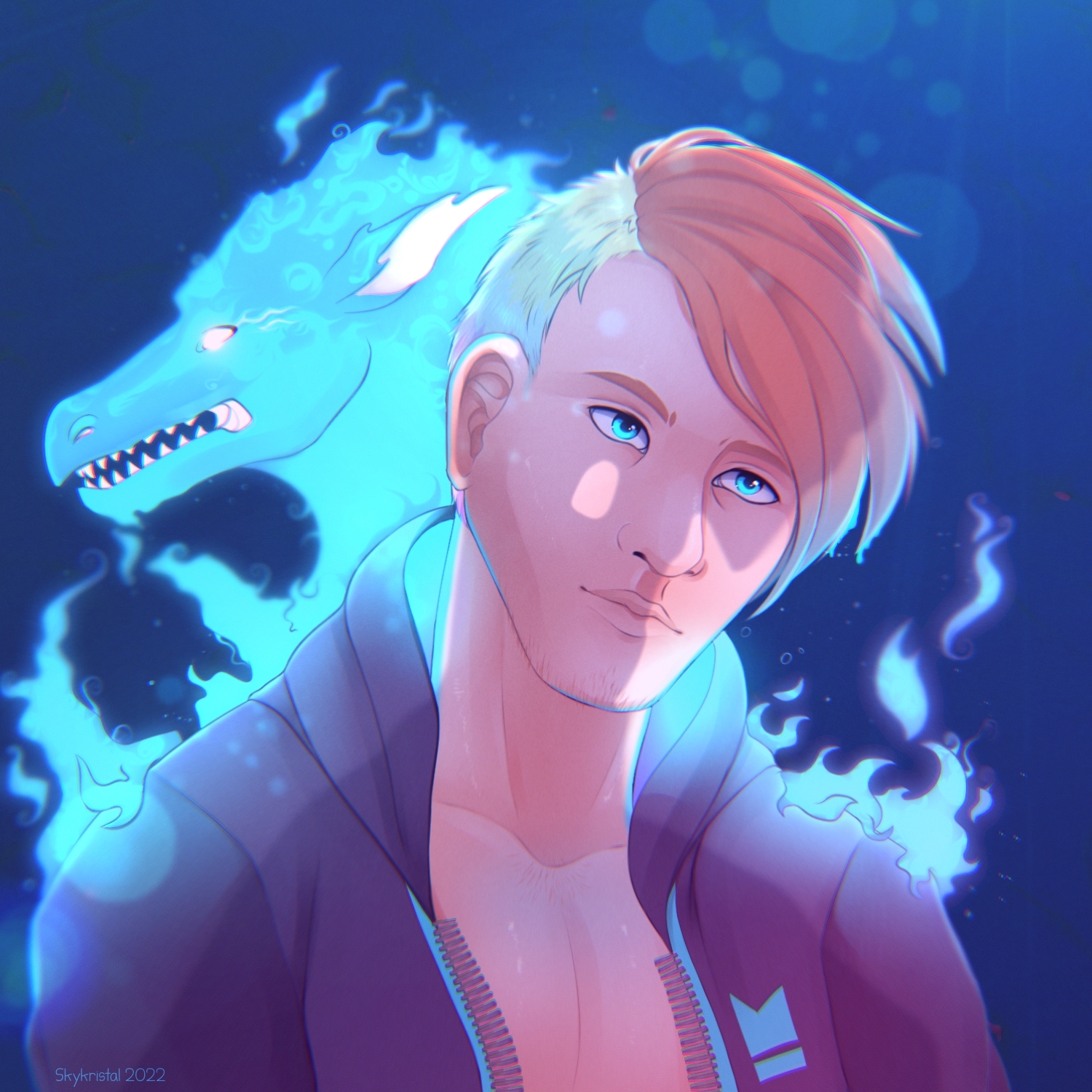 oh it's Lui AgAiN. Yea one of my favorite portraits I did of him this year. Absolutely love the way this turned out. Expression and him looking serious, powerful and all, yea yea.

the BIGGEST project this year. took 2 months to complete, with breaks. It features all (almost all) my characters in one area. kissing scene!! This one is so adorable, and Felis reaction is the cherry on top! One of my favorite character scenes I did this year. Im also loving the long wallpaper format of it and the perspective. Haven't really drawn anything like this before and was pretty proud of this. Story telling is always my favorite thing to illustrate, but it's also the most work, exhausting and because of it I don't do it as often as I would like. 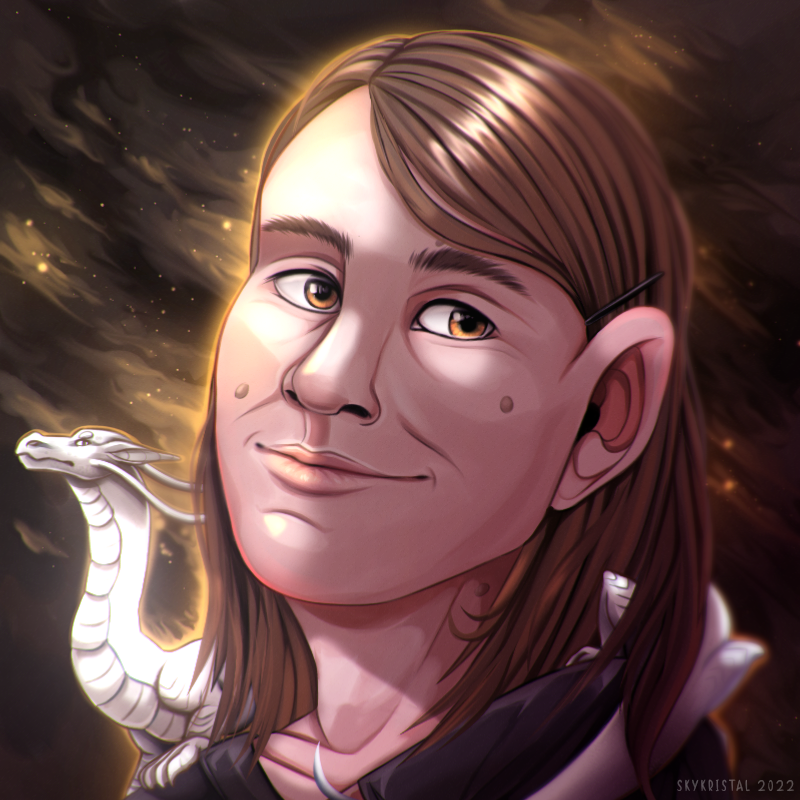 Self portrait! with my character's transformation on my shoulder. They're a giant dragon, but nope, not for this piece. I wanted to place something on my side.. and it ended up being them but a tiny version. LOL. This was my very first semi realistic self portrait, actually. Well, if you don't count that sona first-try thing from like 2018 in. (that was horribe and very baby, toony-like.. yea I don't really count that in. eh)