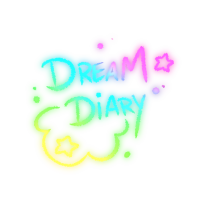 I was on a vacation, with a group of people. Could be teachers, friends.. or similar. I rarely remember who was with me in a dream. But I knew them all.. somehow. I also met some new people there. Everything was super cool. At one point we started playing animal crossing and kinda jumped into the game ourselves. But animal crssoing was so much cooler than in reality. So many new things to discover. For some reason, as we walked through the animal crossing world, it started mixing with the real world again and I visited a really cool shop. Which for some reason seemed strangely familiar. Could be that it appeared in a past dream before as well. One thing I remember was a basked full of beautiful rocks. But ended up buying nothing in the end.

I later then visited a new friend I met at their home and they somehow had their entire floor full of grass. real grass. everything looked so soft and green, I loved walking over it. The ground got watered by sprinklers. I was so happy about this experience and woke up with a smile. I was in such a good mood after that. lol.

TW: Horror Well that was probably one of the most intense dreams I had in a while and honestly I don´t even know where to start. It was a mess. So I´m just going to try to put pieces together.

I was in some sort of game world I would say. I also had an inventory which was always telling me it´s full, along with an interface of little goods I could win that would help me. Such as golden chocolate for example is a thing I can clearly remember. The world had different areas. One of them being a dessert which was a starter area and the one I definetely felt the most comfortable in. But everything after this was the "horror".

In houses and buildings were elevators and those elevators are teleport maschines. They bring you to the next lvl basically. And the crazy part is how real it felt when I was using them. I could feel pressure and how my body wanted to rip appart. That´s kinda hwo I imagine it would feel when we could actually teleport.

After the starter area I and some other ppl were teleported to the second and then the third lvl. In each, we had to either find something or someone and kill monsters. Which you could do by jumping on their head. But often, the monsters bite my foot and I couldn´t move. Although they were tiny, and quite flat on the ground, It was still scary, simply because these little beasts trapped me so that the boss which was in each area could have killed me easier.

In some of the first areas (I think it was the second) I stumbeled across a monster which could even talk and it looked like a silly and small godzilla xD. But except for this one, every other thing was there to end you.

In the very last area I was in (three) I was so affraid I wanted to go back. You could teleport back at any moment but you had to find an elevator for this. And I was in panic and couldn´t find one. So I ended up running around like crazy, lost my friends in that and ended up in a very dark forest. All lights got dark behind me, everything was black. Then I came to an area with a little bit of light again- It was close to a bridge with trees or something. Kinda reminded me of a farm. And there, this very disdurbing boss monster caught me. I already gave up at this point but when the monster grabbed me it started making fun of my crying and was just holding me up in the air with its two bloods, ven-like hands. Kinda reminded me of stranger things four, which I had watched a while a go, so I guess my brain wanted me to see this thing in my dreams lol but it still looked slighly different.

The monter ended up killing me when I tried to run under the bridge and that was the last thing I remember. When I work up, I was still scared and didn´t understood where I was. I was just laying there... until I could move again.

Definitely a nightmare... It all started with us trying to built a huge aquarium which I was super exiced for (this probably was because I´d been watching AVNJ a lot lately) but nothing worked. The set up was all over the place and we couldn´t figure out how to add the curved front. Water was dirty and leaking too. But that wasn´t even why I name this a nightmare. The real nightmare was the dream that followed. I remember it was the plp from stranger things. (I at least remember eleven walking behind me in one scenario of it) who had to run with me and a few more plp from huge asteroids which were smashing in. I thought my mom died because the whole area was just destroyed but somehow, not our house which gave me a little bit of a relief. But we had to go. The world was burning. The last thing I was doing was trying to call my mom to make sure she´s alive but my call never went through and I just ended up waking up....

It was a game like world with different levels and environments. Very real and so pretty looking. I was actually dreaming of this kind of place before but this time I reaced a higher level than last time. I passed all stnages which I definitely remembered but then, there was a new area. In included green, blue human like creatures with multiple limbs. And a huge tower which they semmed to live in.

I then ended up in a gigantic house, which was definitely a new level area than in my last dream about this place. The house was scarry as hell. At first nohting happened and I was exploring the house with a bouch of other people, which I seem to knew. But at one point, Woman laying in beds everywhere, starring at me, and trying to come to me. But for some reason I wasn´t scarred and somehow knew it wasn´t real.

TW Disturbing I was at a clinic of some sort, well they were doing tests and stuff at least. They wanted to investigate me next. Asking me questions and make tests. One of them included a blood sample. However they didn´t use a needle. They straight up pushed an about one centimetre thick tube inside the lower area of my stomach. They told me this will clean my body and my blood, like some sort of blood dialysis. I remember having that rube inisde of me for a short while, without even realising what they´re doing or that it entered my body to begin with. I still throught everything was fine and they´re just talking to me. In general, when I dream I never feel pain. I was also shoot before and I felt nothing. I was just uncomfortable. And in that one, I was uncomfortable as well. I looked down at me and just saw this big hole. But no blood was coming out of it. It was just a pink-red hole.. I ripped the tube out and wanted to leave the room. The doctor wanted me to stay and told me that I´m going to feel better afterwards if I let it happen.

I don´t know if it would have end positive or negative, because I then woke up...

I remember driving... & I had no idea how to do it. It was night, I got into panic and crashed into something..

Me, random people and old class mates were together, writing some sort of test and I wasn´t sure were to sit. But somehow we suddenly had to do parcoures. One of them a trail with some sort of labyrinth and we had to run trough it. There was also another game with balls in all different kind of materials and sizes. I stole the very tiny cotton ball and kept it in my pocket the whole time while helping others who couldn´t solve the puzzles and games themselves. I also got lost a few times or had to do things I didn´t want to do or which made me anxious but I don´t remember what it was.