Fred is an old bone turtle with the ability to turn into a gigantic white dragon. He´s a very high god, who´s living inside a crystal castle high up in the clouds, protected by a big barrier only high gods can enter. People also call him the "white dragon" or "the god of peace".

Fred is what many would call a "gentle giant". He´s very calm & quiet when he talks, which might also have something to do with his age. Fred often just wants to be left alone and exist in peace & freedom. But whenever he get´s a visitor in his castle, he isn´t to unhappy about that either, and enjoys lttle small talks here and there. Fred can´t get angry that quickly and usually only shows his wild side when he is in protection mode. In sittuations like danger or fear.

Fred enjoys drinking tea a lot. It´s his speical mixture which he doesn´t share with everyone, only close friends.

While his bone turtle body seems quite brittle & dry, his dragon body on the other end seems a lot more young & strong. His scales are shiny & his hair is pretty long & clean.

Fred is an anthro turtle, meaning he walks on two legs. But is a feral eastern dragon (noodle) & walks on all four!

Fred is famous for his gigantic dragon apperance. Most people don´t even know he is a turtle and believe he is a true dragon (has no other form). "Born" as a bone turtle, he already had his huge dragon inside of him. But could not let him out for a pretty long time actually. When he discovered the sky islands for the first time, and came in contact with the so named "skywater" he started to transform for the first time. It gave him the strengh to develop.

Fred is the biggest known noodle dragon, even bigger than Lui & Lucius´s transformation.

He can transform at any time, it does not affect his well being or energy level at all. However, breathing fire does. He shoots white glowing balls which are very explosive and have an incredibly big reach if they smash into something. If a flying island is hit, it will split into thousands of pieces. If he shoots out one of these he usually needs to rest for a bit. He can push out another right after but it could seriously harm him.

Fred loves to swim around in the skywater pounds. Which are quite deep and perfect for his long body to fit in. He can be under water for as long as he wants, however if he transforms back, he needs to go back to the surface immediately and can also not transform back into a dragon there.

Unlike human and animal indivituals fred has no dragon marking on his wrist which shows his dragon ability. Markings only develop on skin which he does not have. 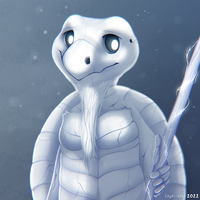 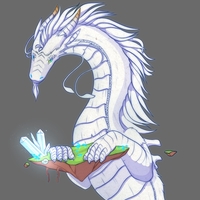 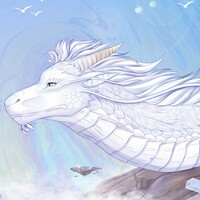