A strong little guy who always sticks his nose into every situation. Loves to hang around & squishes himself into tiny spaces pretty often..

Feli is the active, energetic son of Lui and Rebecka! A kid with a very high IQ & wild personality

Since Feli was born, he always seemed to be the little boss. He loves to rule and control the people around him while being sarcastic and funny at the same time. Kinda like his dad behaves often times. Feli is very addicted to music and video games.It´s his favourite activity besides from torturing Infinity and her little shadow dragon army. He loves to shock her with his electic abilities. Inf is actually quite afraid whenever she faces him. During day and nighttime, especially because she knows Feli loves to hurt her, also because she´s trying to kill his dad since day 1. Let´s say Feli likes to protect his family, while having fun and laughing about it when she´s in pain. Kinda mean.

But Feli can also be the innocent, sweet little guy. Mainly he fakes it and is trying to act normal when he´s getting in touch with strangers or family members who don´t know who he is.

When his mom got pregnant, things felt strange. The whole pregnancy lasted only 6 hours, after that Feli was born. Due to the unreal and magical world they´re living in. However no other child gets born like this, Feli is different.

He lived and is still living in his mom´s house. Which is quite big and has lots of room for him to play. After he was born, everyone was shocked. It was the first child ever in this world which was that different. After a few hours, he already began to talk his first words, a day later he began to walk on his own. On his 3rd day, he found out about his dragon abilities and started pranking his family,friends and neighbours. As shocking as it was, it was also cool and interesting, especially to see him develop so quickly.

Feli has no connection to his grandparents and most other family members. Mainly because they don´t even know, and also should not know his parents are together in the first place. So his whole existence is not offical to them. But to the majority of the population actually, since his whole family is very well known, worldwide. They all keep that secret till today.

Becky just loves her little child and cares a lot about him. Feli however often feels bothered or annoyed but nonetheless they both clearly love each other.

The connection between them both is quite strong. They both love to do things together. Kill the evil monsters hiding under their bed and saving the world..

Feli can transform into a dragon and has other abilities since he was born..

transfoming into a dragon Flying Communicating through thoughts Telekinesis

He was born with the abilitiy to transform into a dragon, due to the dragon powers his mom and dad have.( his parents were not born with any, they got them later in their lifes from magical and supernatural events) Whenever he wants, Feli can transform into a white inferno ( a white, cold fire dragon). He´s quite different from his dad´s white inferno form. He has electricity in his whole body! He use it as protection but also to attack and fight. Because he can teleport, escaping from dangerous sittuations is quite easy. When he´s in his dragon form, Feli is a bit smaller compared to when he is human. He can sit on everybodies shoulder if he wants. 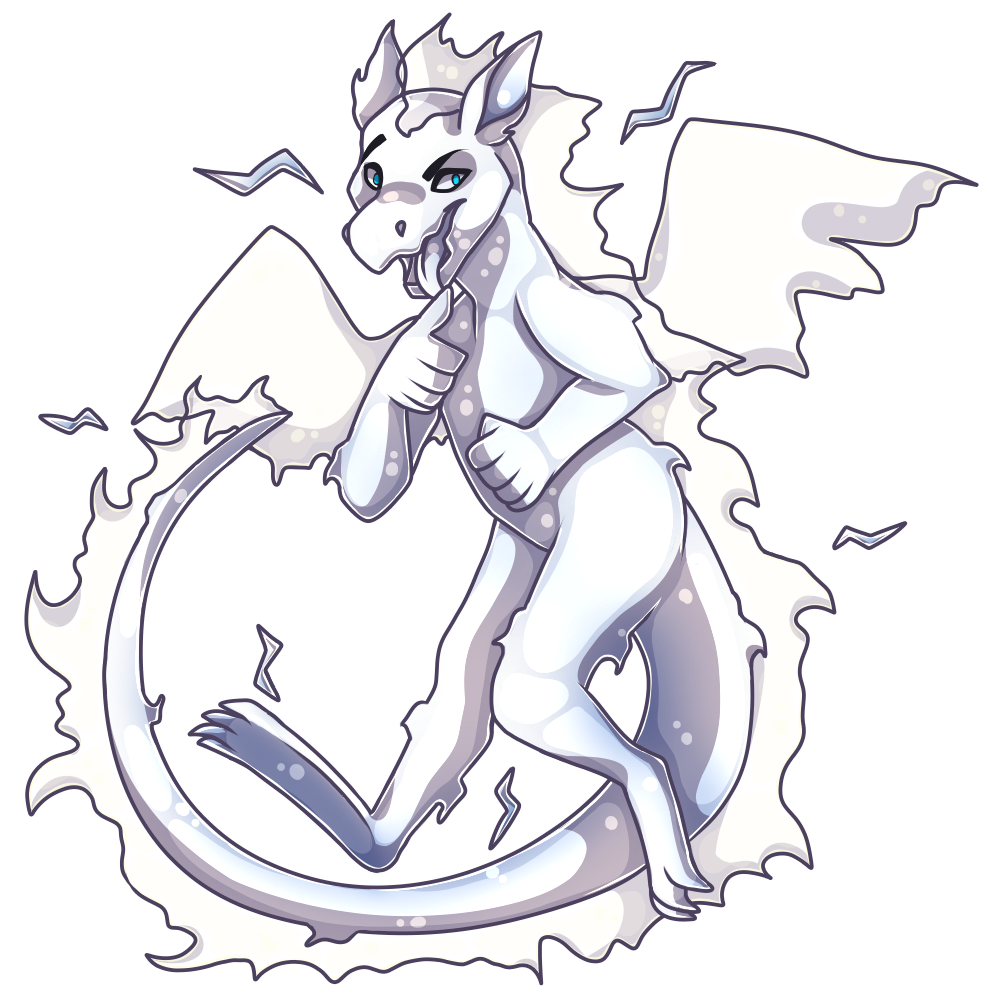